T-pattern ball flow paths are shaped like a capital T

T-pattern flow balls, sometimes called 180-degree balls, are widely used to take two inlet flows and combine them to flow out through one common outlet port. Depending on process requirements, the reverse is also possible. That is, split the flow coming in from one common port into two outgoing flows, each exiting the valve through a different valve port.

Like L-pattern valves, T-pattern flow valves change flow paths with a quarter turn of their handle. Depending on the allowed range of handle motion, they can provide diversion flow, mixing or split flow and straight through flow.

What is a mixing valve?

Mixing valves are alternate names used for T-pattern flow ball valves. This is because this valve design is widely used to mix or combine flow coming two different sources. Ordinary manual three-way T-pattern ball valves used as mixing valves are usually installed with the bottom port of the valve body as the common outlet port.

General applications for a T-port ball: 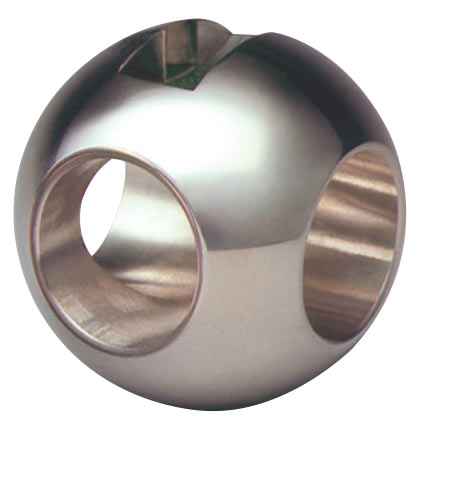 *Any other sizes available on request according to customer drawings!